It has been an exciting few months not only for America itself, but for those aspiring immigrants from around the world who wish to move there.

The ‘best is yet to come’ for the US 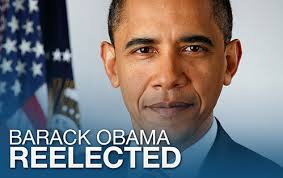 All presidential campaigning culminated earlier this month in the re-election of Barak Obama as US President for a further four years. Less than a month prior to this, on the 28th September, President Obama himself signed a treaty to re-authorise the US ‘Green Card Investor’ or EB-5 program, for a further three of those years.

The importance of the EB-5 program has been heralded due to its contribution towards the US economy, and the creation of employment for US locals, which it achieves by encouraging non-US nationals to make business investments within targeted employment areas in order to receive a green card.

At a time of economic unrest, it has been predicted that the EB-5 program will generate over 42,000 jobs for US locals and will bolster the economy with over $2.1 billion this year, without taxation cost. Although this is just a step towards solving a problem which will take years to recover, many consider it to be an important contribution.

More about the EB-5 Investment Visa

The aftermath of the election and new promise for immigration reform seems to be an apt time to discuss the benefits and requirements of EB-5.

The EB-5 or 5th Employment Based program was instigated back in 1990 as a way of bringing foreign investment to the USA: it does this by allowing foreign nationals to invest a minimum of $500,000 into a government approved business called a Regional Centre, and on the basis that the chosen business creates ten new full time job positions within the first two years, an EB-5 investor will receive a green card for themselves, their spouse and children under twenty one.

Aside from the most prominent perk of the EB-5 – an investor receiving permanent residency and, if they choose it, citizenship for themselves and their immediate family, this program has a range of fringe benefits too. An investor may search for employment in the USA, with the freedom to explore and manage other business interests, and enjoy reduced education fees set at the same rates as US citizens.

Alongside this, they can also live anywhere they choose – if an investor’s chosen regional centre is in California but they have always dreamed of living in Florida, the EB-5 grants this level of freedom.

Obama’s legacy and the future of EB-5

With Obama’s resounding assurance that the best is yet to come for the United States, we can also rest assured of the EB-5’s presence up until at least September 20th, 2015. Members of congress and EB-5 provider company presidents have also come forward to voice their support of the program’s ratification, and believe that this is a viable way of stimulating the US economy, whilst providing a vehicle for American job creation.