Which Server is Best for your Business? Pt 2

Home Blog Business Startup Which Server is Best for your Business? Pt 2 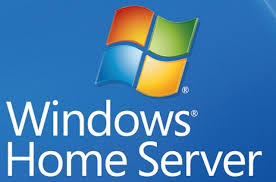 Windows Home Server 2011 is a product designed to help home users establish a server at home.  The server is also capable of supporting a small office that does not have too many demands on the server.  Windows Home Server 2011 offers Real-time transcoding and seamless integration with Windows Media Center.  It also includes a 2TB drive, four bays for expansion, a gigabit ethernet interface and supports RAID 0,1,5 and 5+spare.   The most attractive feature of this product is the price tag, at $600 it is sufficient for a business that is just starting.

The downside of this product is its inability to support a large number of users. This is because the hardware is rudimentary and because the server does not offer virtualization.

Network attached systems (NAS provide a good solution for companies that have modest server requirements.  NAS can be set-up in minutes because they only requirement for setting them up is plugging them into the router.  NAS are controlled remotely by a computer on the network.  Most NAS use a Linux based operating system.  NAS are good for sharing files, backing up company computers and recording security footage.  Base models, like ___, start at around $200 but can quickly become more expensive with added features like rack mounts, expansion bays and the ability to virtualize.

Tower servers are the first step up from NASs. Towers are more expensive than NASs but less expensive than rack systems. It is possible to convert a tower into a ___.  Towers also tend to be quiet because they do not generate as much heat as other options.  The bad part about owning towers is that each server needs its own keyboard and mouse.  Towers are limited in scalability.  Server and blade servers can better help the needs of a rapidly expanding small business.

If you anticipate the need to run several servers, either right away or in short order, consider moving up to rack-mount models. These types of servers come in a standard width (to fit in a 19-inch rack) and a standard height (a multiple of 1.75 inches, or 1U; a standard rack is 42U high). A rack permits you to fit many servers into a relatively small footprint, and typically it includes a cable-management system to keep your installation neat.

Most rack-servers are highly expandable, with sockets for multiple CPUs, copious amounts of memory, and lots of storage. Rack-server systems are highly scalable, too; once you have the rack in place, you won’t need floor space for additional servers until the rack is full. Although they typically cost more than tower servers, they’re cheaper than blades.

Since rack servers operate in very close proximity to one another, they require more active cooling than tower servers do. The fans in these servers can be quite loud, and you’ll need a climate-control system to keep a full rack cool. For those reasons, most businesses isolate their rack servers in a dedicated room. Rack servers can be more difficult to maintain, because they must be physically pulled from the rack for servicing. And like a tower server, rack servers require a KVM arrangement for setup and management.

An entry-level rack server in Lenovo’s ThinkServer RD230 line includes a dual-core Intel Xeon E5503 CPU; four 3.5-inch hard-drive bays, with support for RAID 0, 1, 5, and 10 (no drives are included); and 2GB of memory (with seven additional slots for expansion) in a 1U enclosure. It sells for about $1000.

Prices escalate quickly as you add CPUs (or CPU cores), memory, hard-drive bays, virtualization capabilities, and other features. When you compare the prices of rack servers, be sure to include the cost of an operating system and any embedded hypervisor (for virtualization) that you might want, as these elements are not always included in the base price. You should also consider the price of the rack and the mounting rails you’ll need to install the server.

The primary distinction between a rack and a blade is that several blade servers operate inside a chassis. Adding a new one is as simple as sliding a new blade into the chassis. You can install other network components, such as ethernet switches, firewalls, and load balancers, alongside the servers in the same enclosure, and you can install the whole assembly in a rack. Since the chassis provides the power, cooling, input-output, and connectivity for all the devices inside it, you don’t have to deal with new cables when you add something. Blades are neater and can pack more computer power into a given space than any other server ecosystem, yet their upfront cost is higher because you must also purchase the enclosure.

Blade servers do have their drawbacks. Typically they provide fewer expansion opportunities because they aren’t equipped with as many PCIe slots and drive bays as tower or rack servers are. On the other hand, businesses deploying blade servers usually have shared storage, such as a storage area network, to support their blade servers (and some blade chassis can accommodate SAN storage right alongside the servers). As you’ve probably guessed, housing all those components in such close proximity generates a lot of heat. Blade systems, like rack servers, require plenty of active cooling (usually augmented by fans mounted inside the chassis).

There is no one correct answer when it comes to choosing a server.  There are a variety of costs and benefits that come with all the different options available.  Inc. Plan recommends using a professional to guide you to a solution that fits your needs.

Teddy Luben is a web entrepreneur who has founded and co-founded several music Web sites and related blogs. He is an editorial contributor to Inc Plan Start Up blogs. Teddy is a recent graduate of Franklin & Marshall College in Lancaster, PA.