A Cut-off Point for EB-5 Investors Owing to Growth in Demand!

Since its creation in 1990, the EB-5 Investor program has always been a popular route to US citizenship for foreign nationals, and yet has never threatened to exceed statutory limits. Now, evidence suggests that the program is increasing in popularity at such a rate that per country restrictions and cut off dates may well be triggered.

Why the rapid growth of EB-5?

There could be a range of elements contributing towards the upward surge in EB-5 applications, but one of the outstanding factors is change in political regime within a country and its corresponding effects on citizens:  whether these changes cause instability, restrictions on freedom or even violent conditions, this will often be the nudge that is required to relocate for those who have the financial capability to do so.

Wherever there is unrest, this will naturally bring about an increased interest in programs such as the EB-5, which is the most direct route to obtaining permanent US residency for an investment of $500,000, for the investor along with their immediate family.

After the recent Hamas attack, Israeli interest in the EB-5 is expected to rise. Israeli nationals have historically not migrated to the US in great volume, however due to residential areas of Tel Aviv having been struck by Palestinian fire in late November; these recent events and subsequent political upheaval may prompt an increase in Israeli citizens beginning a new life in the US through EB-5.

Through 2011 and 2012, Iran has emerged into the top 5 countries worldwide for EB-5 investment. Although China has held a consistent monopoly on the program since 2009, the number of applications submitted by Iranians has doubled yearly, with evidence to show that the trend has continued through 2012. Unfavourable conditions and international economic sanctions in Iran have been the catalyst for this rise, and despite some difficulties such as a reported slowness in application processing, and prohibitions on certain banks in Iran, the EB-5 program is still set to generate growing interest from Iranian Investors for a green card.

There are a number of countries across the world currently undergoing governmental change, but holding a 70% majority on EB-5 applications, China is at the forefront of the US investor program growth. In November Zi Jinping was elevated to the top of China’s ruling Communist party, and confirmed as China’s leader for the next decade: a percentage of the Chinese population question the future of the Communist party, with some criticising its restrictive regime.

Previously, every chargeability country including mainland China has been able to receive an EB-5 visa without having to worry about cut-off dates. In previous years, total demand has been well below the number limits as set by US immigration law: in 2011, 3,463 visas were used and in 2012, 7,641. Unfortunately, should per-country limits get put in place, both cut-off dates and a visa backlog will be created for the EB-5 category.

The Department of State, which makes such decisions, is aware of the continual increase in EB-5 popularity and has stated that a temporary cut-off date for investors from EB-5 giant, China, may be expected in the first half of 2013. If trends continue for immigrant investors, the Department of State predicts that nearly all 10,000 visas allocated per year for the EB-5 category will be utilised.

What does this mean for Investors? 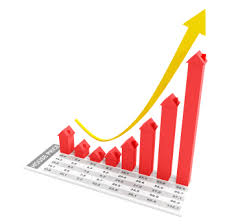 This means that there will be limits on who can apply for an immigrant visa such as EB-5 in the second half of 2013, in order to ensure that individual countries are not oversubscribed. For many countries, this will have no effect; however countries such as China will potentially be affected by a temporary cut-off date.

In the event that after enforcing restricted issuance of EB-5 visas to China-born applicants, it then becomes clear that demand for EB-5 visas from other nationalities will not push total demand over the 10,000 allocated per year, Chinese investors will be able to freely apply for EB-5 once again.

This does not mean a restriction on Chinese nationals applying for EB-5 – it simply means that investors may file their initial application and then have to wait to adjust their status to permanency when the time comes. The cut-off date is relatively short, and will not create a substantial backlog as of yet, however this is an indicator which will increasingly mean that Chinese investors in particular may have to wait significantly longer to receive their green cards.

Although the landscape for the EB-5 program is changing, this does not stop you from taking advantage of this monumentally popular route to permanent residency in the US. This is an investment into a new life and your future status as a US national, so like any investment, it is important to exercise the right due diligence: being assisted by the relevant professionals will give you the wealth of information, confidence and peace of mind you need to begin the process.