EB-5 – A Route to the US for Retirees 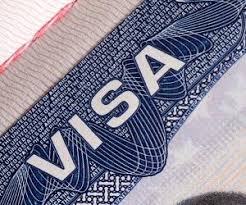 If you want to retire to the USA and are interested in receiving a green card, there is an opportunity available which opens up a direct route to permanent residency for retirees, with the chance to become a full US citizen after five years.

With a direct investment of US $500,000 into a pre-approved US enterprise, the EB-5 program makes it possible to reside in the USA permanently without the hassle of short-term tourist visas.

Retiring to the USA

Retiring to the USA is widely considered a desirable option in itself.  Florida is a particularly popular destination courtesy of a comfortable living environment, excellent property value and the irresistible draw of year-round sunshine.

Moving so far afield is a huge undertaking: there are many factors to be thought about, options to weigh up and prospects to explore when thinking about buying a property in the USA, whether this is a part time holiday home for a few months a year between residing outside of the US, or intended for permanent residence.

Unfortunately, US immigration laws can be inflexible in this respect.  For those who wish to split their time between the USA and abroad, they may fulfil the eligibility requirements for a visitor’s visa, which generally allows non-US citizens the option of staying in the US for up to three months at a time provided they are not working. If a foreign national wishes to retire and live permanently in the United States, they need to find an alternative framework to reinforce their immigration situation.

Many retirees find themselves restricted by this, and aren’t aware of any other routes available to them: the EB-5 investor program is a clear road to achieving a sought after green card, and an option which befits the situation of many retirees – especially those seeking to move to the US on a permanent basis. 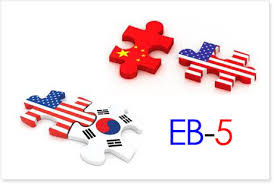 By investing $500,000 US dollars into a government-approved business, an applicant and their spouse can move to the US and live there with a conditional green card granted as part of the program. This can be replaced with permanent residency after two years, with the potential to receive fully naturalized US citizen status after five years of living in the US.

The success of the chosen EB-5 Project is obviously in the investor’s interest and, just like any investment, extensive due diligence should be exercised. Anyone interested in the EB-5 should be seeking to inject their funds into a credible Regional Centre which gives generous leeway for fulfilling the EB-5 requirements, such as the 10 job positions which must be created for US citizens within the first two years of investment in order for an investor to receive their green card.

An EB-5 applicant can become a limited partner, leaving the active management to the general partner.  Many people who are retiring and moving abroad do not want to become involved in the rigorous routine of 9 to 5 work again, and this allows an EB-5 investor the autonomy to pursue ventures of their own; business or leisure.

Owing to its harmonisation with the particular needs of this market, this program has even been referred to – albeit unofficially – as the retiree visa: other perks include the freedom to live anywhere in the USA, a clear road to achieving a green card after five years – and that there is no need to possess any specific business experience or education in order to become an investor.

Floridian tradition tells of its famed theme parks, but the choice of leisure motivations reaches far further. With the gulf coast beaches and blue skies embellishing stunning scenery, this facilitates a year round outdoor lifestyle.  Summertime in the sunshine state can be slightly too humid for some, but this facilitates a cycle whereby its residents can enjoy a summer elsewhere more temperate – especially holding an EB-5 visa, which means they, plus spouse, can spend six months abroad if they so wish.

EB-5 as a solution

Although the EB-5 program is not officially considered to be a ‘retirement visa’ – as such a thing currently does not exist – it is increasingly becoming recognised as a viable and appropriate option for those who seek to move to the USA in retirement. This program is a real asset to the many who decide to sell a property in their country of residence with a view to moving abroad. This has been seen to create capital flexibility in making an investment, such as the US $500,000 required for the EB-5 visa. It seems that finally, with the aid of the EB-5 investor program, retiring to the sunshine state has become a far more achievable prospect.